This month, we focus and become more aware about Diwali. Diwali is a festival of lights and one of the major festivals celebrated by Hindus, Jains, Sikhs and some Buddhists. The festival usually lasts five days in the month of November.

Diwali is known as the “festival of lights” thanks to the practice of lighting oil lamps and decorating homes and cities with strings of twinkling lights to symbolize the victory of light over darkness. Diwali, also known as Divali or Deepawali, is a major festival celebrated over five days in many parts of India by people of different faiths including many Hindus, Jains, Sikhs, Muslims and some Buddhists. Diwali is rooted in religious tradition, the festival has also become a secular holiday in India, similar to how Christmas has come to be celebrated by many Christians and non-Christians alike in the U.S. 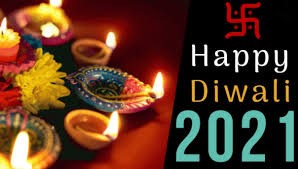 Diwali is a time for feasting with family and enjoying plenty of sweet treats. One popular delicacy is kaju katli, a fudge-like sweet made with ground cashews and sugar, and sometimes flavored with a touch of rose water. Another popular treat in northern India is besan burfi, another kind of fudge-like bar made from flour, sugar and cardamom and sprinkled with almonds or pistachios. Jalebi, a kind of sweet fried bread, is also a popular choice. Basically, it isn’t Diwali without dessert!

Diwali is a five-day religious festival. The main festival day falls on a different date each autumn, timed the Hindu lunar calendar, but it usually falls in October or November. In 2021, Diwali falls on Thursday, Nov. 4.

How is Diwali celebrated?

The Diwali festival takes place over five days. The first day, Dhanteras, is for celebrating Lakshmi, the Hindu goddess of wealth, prosperity, youth and beauty. On this first day, people buy new items such as jewelry, clothing and utensils and light lamps to welcome Lakshmi.

The second day, known as Chhoti Diwali, Naraka Chaturdasi or Kali Chaudas, focuses on a story from Hindu mythology about the god Krishna and his defeat of the demon god Narakasura. On this day, some people put up twinkling lights to celebrate his victory.

The third day, known as Diwali, Deepawali, or Lakshmi Puja, is the most important day of the Diwali festival. On this day, people visit family and friends to feast and exchange sweets and gifts. People also continue to light lamps and candles to welcome light and prosperity from the goddess Lakshmi. 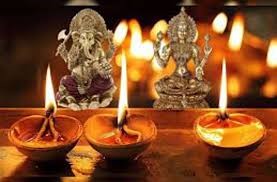 On the fourth day, known as Govardhan Puja or Padva, some people in northern India build small piles of cow dung as a symbol of how Krishna defeated the king of the Hindu gods, Indra, by lifting up a mountain.

The fifth day, known as Bhai Dooj or Yama Dwitiva, is a day for brothers and sisters to honor one another. Siblings perform a ceremony called tilak and pray for one another. On this final day of Diwali, many people also set off fireworks.