Family all along for Shakopee retirees 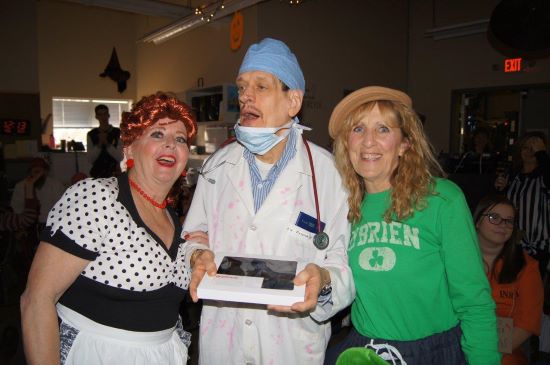 Family members introduced them to the world of disability services, where their work became a labor of love. Direct service professionals Paula Neisen and Connie Straub recently retired from ProAct in Shakopee. Their careers here go back to the late 1990s, and experiences that began earlier.

“We think we’re teaching them,” said Neisen, who is also a nurse. “They have taught me way more than I taught them. They accept you and love you unconditionally. I never had a job like that.” She came to ProAct, which was then run by Scott County, in 1998, but her connection came much earlier.

Straub said at first she was unsure if she could work with people who have disabilities. Her path began with 10 years in special education before coming to ProAct’s predecessor program in 1997. “I don’t know what I would do otherwise. I just love it.”

She started the nonprofit’s greenhouse garden program in the early 2000s. There were garage sales, Valentine’s Day, Halloween and Christmas parties. Straub was involved in all of it. And, the bonds she made with people are strong.

If she missed a work day, participants with disabilities would ask where she’d been, and say they missed her. “They’re so loving and caring,” she said. “It’s going to be hard,” she said, just before retiring. Straub is one the older siblings in her family. There are 10, in all.

Four of her sisters worked for the Minnesota River Valley Special Ed Cooperative, where she also worked. A neighbor was on staff for “The Workplace,” a former name for ProAct in Shakopee, and Straub came on as a fill-in staffer in the early 1990s. The neighbor eventually retired, and she applied to fill that job.

She knows the participants at ProAct very well, some since they were in elementary school. “You get to know their behaviors, what they’re going to say, what they’re going to do.” There are ways of making eye contact and other nonverbal factors that help shape the day. And, she knows what to say, and what not to say.

For Neisen, there’s been a comfort around people with disabilities since she was a child. Her mother, an aunt and a cousin once worked here, too. Mom is now 95, and worked for the DAC in Belle Plaine, and when it was a preschool program. Both were part of ProAct’s history in Shakopee. It got started in 1968. Neisen’s brother Curt attended.

In her younger years, Neisen said she didn’t think much about people with disabilities. They were just a part of her life. Her mother organized activity and recreation groups, dances and game nights for these individuals. “I always helped out with it in the 1970s and 1980s.”

How deep are the roots of these experiences? Neisen’s mother still receives visits from former coworkers and, in April, a teacher from the original program called to find out how she, her mother, and her brother, Curt, were doing.

Out in public, people might avoid teasing or having fun with Curt, as if it’s somehow not appropriate, she said. “That’s what normalizes things, being able to do that with them,” said Neisen.

Helping people to live the best lives they can, Straub and Neisen are party planner extraordinaires. Neisen was often one of the first to don a gaudy costume, make wise cracks and emcee ProAct events where people are included and valued. Other staffers, and participants had their share of fun with her, as well.

“They know I’m scared of snakes,” she said. Play snakes somehow make their way into her office, frequently, and Neisen plays along. Another staffer dressed up as Medusa, snakes and all, for Halloween. Others goad Neisen from her office when an animal therapist brings live snakes to share.

“They appreciate knowing they had scared me so,” she said. “It was all fun, and I would play into it.”

Program Manager Ali Brown calls Neisen a “diamond.” “You just stand back and watch her work magic, bringing out the best in them,” said Brown. “She truly gets to know them, and what they want or wish. And she has her hands in all special events here, and is a role model for everyone.”

Straub, Brown said, ran ProAct’s skills training area and knew the hundreds of jobs that came in. She’s a good problem solver and helped people to manage their emotions, the manager explained. “Filling her shoes will be a big feat, but the impact she has left on our current staff makes me confident that they will take all her roles on.”

Both retirees hope to return as volunteers. 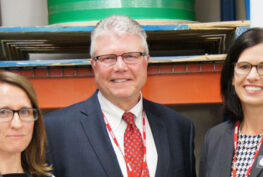 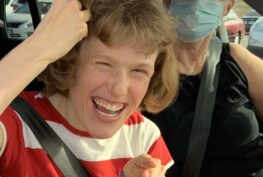 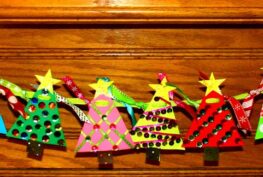